Lagos Nigeria real estate fraud is real. So, keep your eyes open and be careful you do not lose your hard-earned money to these fraudsters or even your real estate investment.

Let me share with you a real life Lagos Nigeria real estate fraud story that illustrates the need to be careful and not be driven by greed.

Mr. Bunmi* is a property owner in a busy commercial street in Ikeja area of Lagos Nigeria. His property is a large shopping complex right in the heart of Ikeja.

One day some young men came to him with a juicy business proposal. The young men said they knew exactly what to do to turn profit from the business. The problem was . . . they had no capital to execute the lucrative business opportunity.

That is why they came to Mr. Bunmi, a family man with grown up kids, to assist in financing the business deal.

The expected return from the business was tempting. So Mr. Bunmi offered to sponsor the young men's business, as their financier, for a share of the profit.

Some time passed while Mr Bunmi was trying to raise the required capital.

Sadly, it dawned on him that he couldn't raise the money required to finance the deal.

When the young men visited him again for the funds, he frankly told them that he didn't have the financial muscle to become their finance partner.

The young men told him there was a way out.

They explained to Mr Bunmi that they know of a money lender who can help. And considering his share of the profit from the transaction, he should at least

give it a shot. They sounded very convincing. So, Mr Bunmi decided to accompany them to see the money lender.

The money lender said he was willing to loan Mr Bunmi the amount required to fund the business on one condition.

The condition was that Mr. Bunmi will use his shopping complex as collateral for the business loan.

Mr. Bunmi gave that some serious thought and for a long while he was hesitant. But when he remembered the amount he stood to gain from the business deal, he decided to go ahead with it.

Consequently, he signed all the documents that transferred ownership to the money lender in the event that he failed to pay up the loan.

To cut a long story short, the deal was unsuccessful and Mr. Bunmi was unable to repay the loan he received from the money lender. Therefore, ownership of the shopping complex transferred to the money lender.

The money lender promptly wrote a letter to all tenants in the massive shopping complex that Mr. Bunmi has sold the house to him and that he is the new owner. All rent payments should henceforth be paid to him, he said.

Mr. Bunmi wrote a counter letter to his tenants that he didn't sell the house to anyone. And that he still remained the landlord.

The letter and word war went on for awhile. Then the money lender took the matter to court.

Mr. Bunmi was somehow able to establish that there was a prior relationship between the young men who brought the unsuccessful business deal to him and the money lender. And that it was part of a grand plan to scam him of his house.

However, the signed documents showed that Mr. Bunmi indeed received a business loan from the money lender. And the terms of the transaction was that Mr. Bunmi will forfeit the ownership of his house in the event that he is unable to repay the loan.

After months of debate in court, the judge awarded ownership of the house to the money lender for a period of 12 years.

The money lender would collect all rent from the massive shopping complex for 12 years in order to recoup the business loan granted Mr. Bunmi. After which, ownership of the complex will return to Mr. Bunmi.

Many people praised the judgment as been fair and equitable.

Worthy of note is the fact that Mr. Bunmi was retired and the income from the massive shopping complex provided sustenance for himself and his family.

To say the least, Mr. Bunmi was emotionally and financially scarred after losing the house and incurring legal expenses due to the trial.

Mr. Bunmi's case is a case of what is called cash for houses . . . a situation where a property owner uses his property as a collateral to collect a loan.

See the cash for houses section for a clear discussion of how to handle such situations.

Lagos Nigeria real estate fraud, perpetrated by young and old people alike who are greedy and heartless, is real. And fraud is not limited to Lagos or Nigeria only. There are fraudsters everywhere in the world . . . online or offline.

Therefore, "if a deal is too good to be true, it probably is".

Do not gamble your house away. Be wary of cash for houses deals promoted by people who look genuine.

More importantly . . . do not be greedy.

Your house is a solid investment for yourself and generations unborn. Protect it. Defend it.

*The name of the property owner in this story was changed for privacy reasons.

#This story is presented as told by one of the tenants to the landlord. The story may be wholly or partially true. The bit that is pretty clear is that Mr. Bunmi lost control of his house (and receipt of the appropriate rent) for 12 years. That is a huge loss! Be extra careful!

Join in and write your own page! It's easy to do. How? Simply click here to return to Cash For Houses. 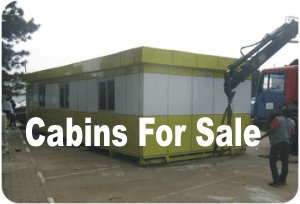 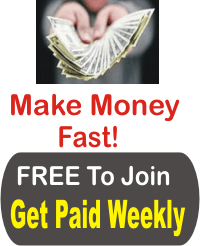